A look back at a historical event

On March 25, 1911 at approximately 4:40 p.m., a fire began on the 8th floor of a New York City factory building. Workers were killed when the fire raced through the Triangle Company, which occupied the top three floors of a 10-story building in New York City. Many of the workers were either unable to escape the fire or died while trying to escape the fire. We can examine this incident by creating a root cause analysis case study using a Cause Map. A Cause Map is an intuitive, visual form of root cause analysis that allows us to diagram the cause-and-effect relationships that contributed to this fire and the death of 146 workers.

Although it’s not clear what sparked the fire, it is believed that either cigarettes or sewing machine engines are likely the ignition source. A large volume of accumulated scraps that hadn’t been picked up since January provided plenty of fuel. There were no sprinklers inside the building and the interior fire hose was not connected to a water source. At the time, flammable oils were used to lubricate the sewing machines and gasoline was used in irons. The fire spread quickly and burned for approximately a half an hour before firefighters extinguished it.

During that half-hour, 146 of the 500 workers, mostly young women, were killed. Nearly all these workers were on the 9th floor of the building which was the overcrowded production area. Workers from the 8th and 10th floor were able to escape to the ground or roof using the stairs, but one of the access doors on the 9th floor was locked. It was common practice for employers to lock doors during work hours to either prevent stealing and/or prevent union organizers from coming into the factories. This left only one set of stairs and elevators, which did allow many to escape but were overcrowded and the elevator machinery eventually failed due to heat.

Many attempted to leave using the fire escape, but it was not built for quick escape. In fact, experts determined it would take 3 hours to reach the ground from the Triangle Company floors. It eventually collapsed due to the collective weight, killing those on it in the fall. Further complicating the matter, the fire escape ended at 2nd floor level in an enclosed courtyard, so employees would have had to reenter the building to fully escape.

Unfortunately, the fire department ladder could only reach the 6th floor. Many workers jumped from the 9th floor, but the force of the fall was too great for the fire nets, which broke, and the jumpers died. 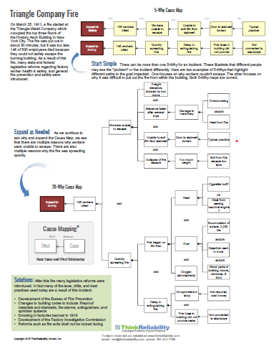 People were horrified at the conditions in the factories that resulted in these deaths. In the following years, public outcry resulted in many workers’ rights improvements, including many advances in regulations regarding fire protection and working conditions. Many of the safety and fire prevention practices that we are accustomed to now are a result of this and similar incidents around the turn of the century. The practices include: fire exits shall not be locked during working hours, fire extinguishers must be kept in buildings, buildings must have fire escapes that could support a reasonable amount of weight, aisles and stairways shall not be blocked, fire drills must be performed, fire alarms required, and sprinkler systems are required for higher floors.

However, these types of issues continue to occur when companies have not incorporated the lessons learned from incidents such as Triangle Company fire. Watch our recorded webinar to learn more about “When Lessons Aren’t Learned.” One of the root cause analysis case studies that will be discussed in the webinar is a fire eerily similar to this one, the Tazreen Fashion Factory Fire which occurred in 2012. 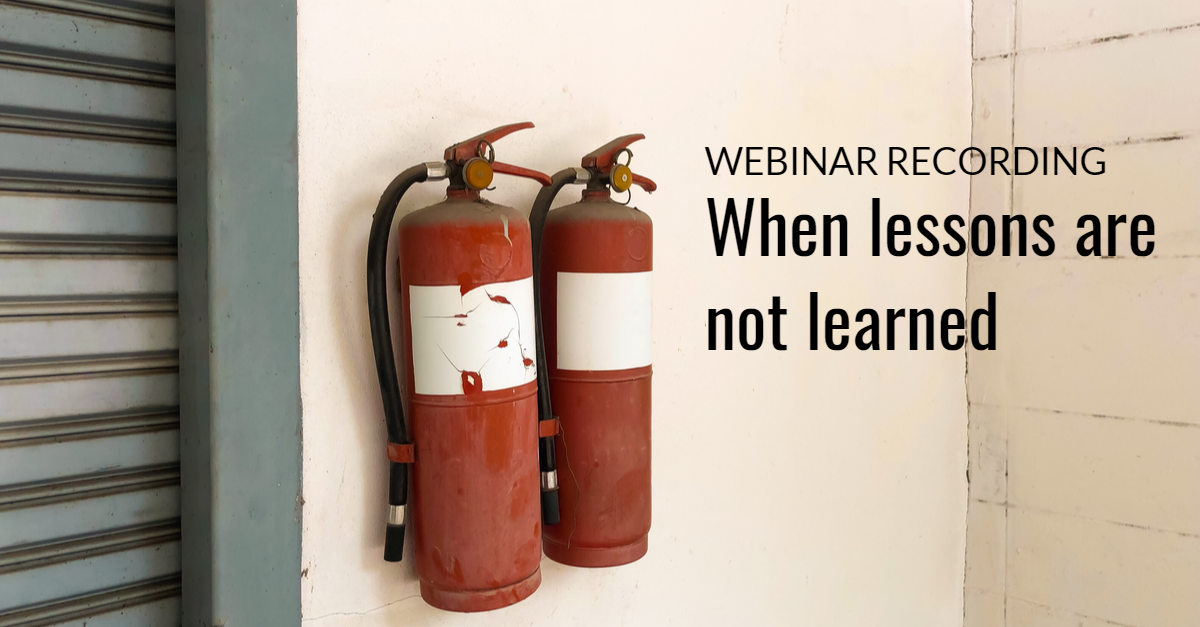 Within any investigation, don’t get distracted by the problem solving technique or software.  Focus on the principles first.  Keep it simple because your incidents may be complex.  Review some of the root cause analysis examples on our website and let us know how we can help you with one of your incidents.  We can review one of your issues for you to compare what you’re doing now with what a complete cause-and-effect analysis looks like.  Contact our office for assistance.