Root Cause Analysis and the Chicken-and-Egg Causality Dilemma

One of the common challenges that arises while leading a root cause analysis is an argument between two members of an investigation who cannot agree on where the causes fit on the Cause Map.  Frequently, the best way to resolve the argument is by adding more detail to the analysis, making the Cause Map clearer and more thorough.

As an example, consider the classic dilemma, “Which came first, the chicken or the egg?”  This question was first documented by the Greek writer Plutarch almost 2000 years ago.  The question could be captured as cause-and-effect relationships: 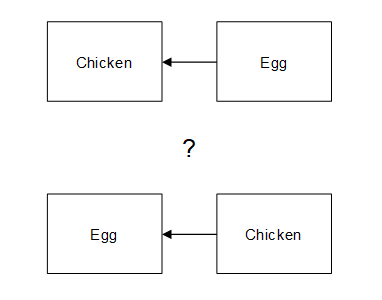 This appears to be a paradox, because both statements are accurate: an egg produces a chicken and a chicken produces and egg.  Imagine two subject matter experts in your investigation arguing about who is right!

But this is unsatisfactory, since it leads to the conclusion that chickens and eggs have existed for an infinitely long time, with no change or beginning.  (This was apparently Aristotle’s view.)  By being more specific, however, the cause-and-effect can be made clearer.

The chicken that produces the egg is different than the chicken that results from the egg.  In fact, two chickens are required to produce a fertilized egg, and these must be two specific types of chicken:

By being more specific and detailed, the cause-and-effect becomes clearer and more thorough.  A more specific Cause Map enables clearer communication, accommodates a broader perspective on the problem, and facilitates including more subject matter expertise.  One could imagine the Cause Map developing into something like this: 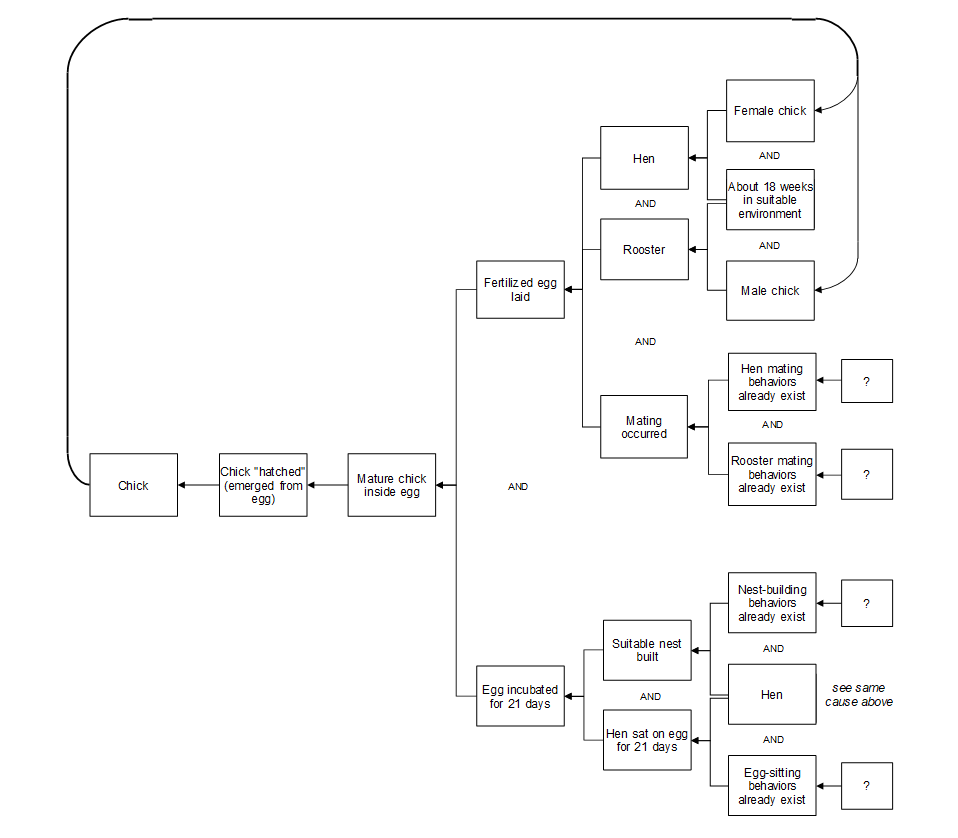 This Cause Map may not resolve the question of the origin of the universe, but it does shift the discussion away from an oversimplified argument toward a more detailed understanding that can continue to grow as more evidence becomes available.  When arguments occur during root cause analysis investigations, the facilitator can often resolve the arguments by adding detail to the Cause Map and making the causes more specific.

For another example on improving your root cause analysis, check out our quick, five-minute video where we conduct a 5-Why analysis that turns into a 125-Why Cause Map of the sinking of the Titanic: