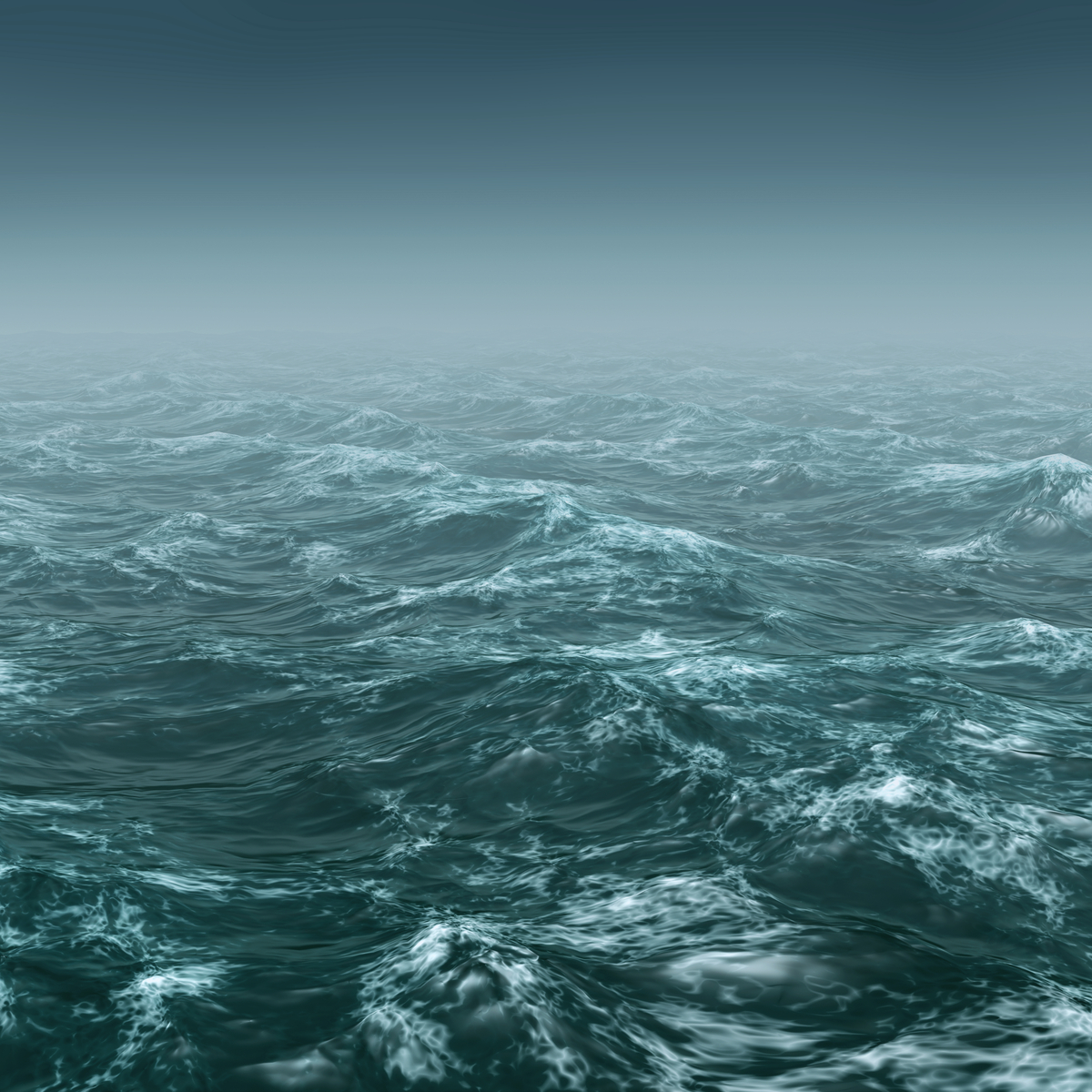 Case Study: The Sinking of the Andrea Doria

On the day of the collision, the westbound Andrea Doria had been traveling in heavy fog for hours. The captain reduced speed slightly, from 23.0 to 21.8 knots, but did not reduce it further in order to reach New York City on time. The Stockholm was traveling eastbound under clear skies and was apparently unaware of the nearby fog bank. Due to the fog, neither ship had visual contact with the other and relied on their radar to guide them. The radars were either giving inaccurate information or the information was misinterpreted because neither ship was aware of their relative position to each other.

The Andrea Doria gradually steered to the left to attempt a starboard-to-starboard passing while the Stockholm turned to the right to attempt a port-to-port passing. Unbeknownst to them, the ships were steering toward each other. By the time visual contact was established, it was too late.

Before they collided, the Andrea Doria turned hard to the port, and the Stockholm turned hard to starboard and attempted to reverse propellers. It resulted in the ships hitting at a nearly 90-degree angle.

The Andrea Doria was designed to stay afloat when listing up to 15 degrees, but the damage resulted in her listing in excess of 18 degrees within minutes of the collision and quickly increased to more than 20 degrees. The collision crushed approximately 30 feet of the Stockholm’s bow and one watertight compartment was flooded, but she remained stable.

Lessons from the Titanic

The designers of the Andrea Doria had incorporated improvements as a result of the Titanic disaster more than 40 years earlier. Many believed the Andrea Doria was “unsinkable” (Does that sound familiar?) because of its double hull with 11 watertight compartments. Any two of the watertight compartments could fill with water and the ship would not sink. This ship also had enough lifeboats for everyone on board, unlike the Titanic. But she still sank.

While the “unsinkable” Andrea Doria did sink, she stayed afloat for 11 hours after the collision. This allowed time for other ships to respond to her SOS call. Nearly all of the casualties resulted from the impact, and the vast majority of the passengers and crew were rescued. Half of the lifeboats on the Andrea Doria were not able to be launched as a result of the list of the ship, but five other ships, in addition to the Stockholm, arrived and assisted with rescue efforts. By the time the Andrea Doria sank, 1,663 passengers and crew had been rescued.

Building a Cause Map

A Cause Map, a visual format for performing a root cause analysis investigation, can be built to intuitively lay out the causes that contributed to the sinking of the Andrea Doria. A Cause Map is built by starting at one of the impacted goals and asking “why” questions.

More causes can be added by continuing to ask why questions. An example of a Cause Map built by asking 5 “why “questions (a common starting point for an investigation) might look like this:

The Cause Map can be expanded by asking more “why” questions and adding detail. Click on the thumbnail below to view an intermediate level Cause Map of this incident 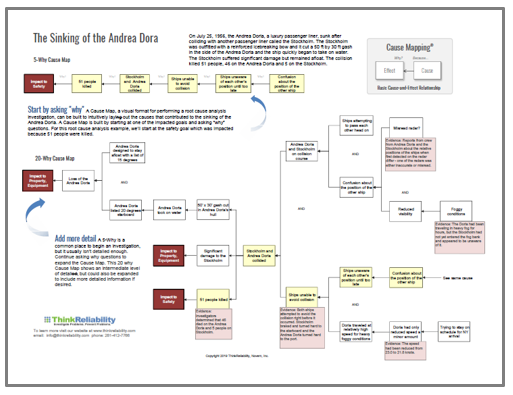 Reducing risk tends to be an iterative process. We investigate incidents and work to find solutions that can reduce the risk of a similar incident in the future, but we continue to find more areas that can be improved as incidents occur. The Andrea Doria benefited from the lessons learned from the Titanic, but also needed for additional improvements.

Radar was a relatively new technology in 1956, and this incident illustrated the need for improvements in training on how to use it. As a result of the collision, regulations were changed to require approaching ships to make radio contact with one another, so they could communicate directly with fewer assumptions. In addition, marine navigation rules were established to require ships to turn to the starboard side when passing head-on.